After almost 2 weeks of constant attention and spoiled-ness, Isaac, me, and Ben have returned home and are trying to get back into the swing of things. It was a great trip, and I am really glad that Isaac got to meet and spend so much time with his family and our friends. It was very overwhelming at times, and extremely tiring for everyone, but I am glad we took the extra days just so we weren't constantly running around with Isaac all the time. As it was, we really only saw one person/family per day with a few exceptions. 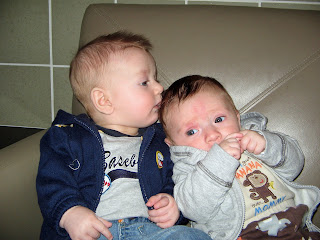 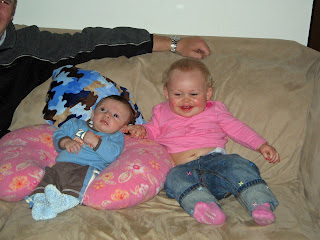 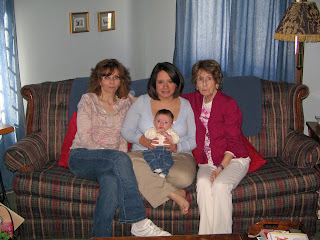 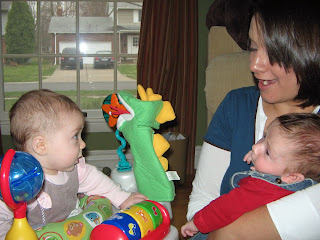 With cousins Gracie and AJ 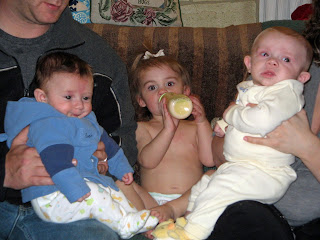 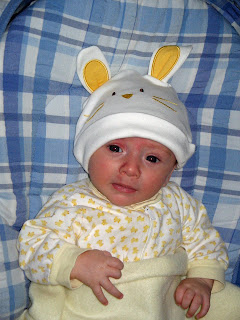 Love the Easter bunny hat! My mom and MIL have started asking about Tommy's care for when I go back to work (they are going to be with him) and I just keep avoiding it. I am completely dreading it, as I'm sure you must be too. I can't believe it is almost here.