Isaac reached a major milestone over our Ohio trip.
He didn't start walking. He didn't start using a spoon. He's not potty trained.
This is something that I highly doubt most people consider any kind of achievement, but I do.
While we were in Ohio, my son got his first set of magnetic letters. They cost me $1 from Wa.l-mar.t. I have been looking for them FOREVER. Apparently California does not appreciate the magic these legendary letters hold.
Why am I so proud of this moment? Why does it mean so much to me?
Well, it's not because he can stand by the fridge and spell words. It's not because he can move the letters around and make their sounds.
It's because almost 23 years ago, I met my very best friend over magnetic letters in first grade. We both wanted to play with them. I don't remember who had them first. I just remember that one of the best things that ever happened to me was the friendship that came from the teacher suggesting we share them.
Maybe it won't happen to Isaac. Maybe he will hate the letters. But I can tell him the story when we play with them. And I can tell him how this tiny pieces of plastic brought someone so special, so important, and so impactful into my life and consequently into his.
To me, this is a milestone, that he gets to be part of the connection these letters made and that he can look at them and think about his godmother. 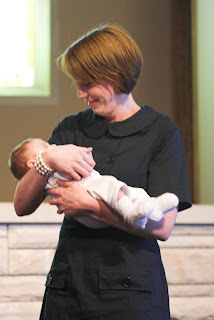 I found magnetic letters and numbers for Laney in Target. In the same place where the measuring cups are sold. I'm also in CA.

Hopefully Isaac will love them!