An End and A Beginning

Today, I am saying goodbye to this blog...and moving over here:

This blog has chronicled the happiest time in my life, my pregnancy and the birth of my son. But this blog just doesn't fit me anymore. It's time to move on. I will leave this blog up until I get it all put together and printed for Isaac to have one day. If you are still following me, please come on over to the new space.

Who the Hell Am I, Anyway?!

The past few months, I have struggled writing here. Sure, I'm pressed for time, given that I am PhD student writing her first publication and studying for her Prelims, a mother to a 4 year old fireball, a wife, a friend....but it's more than that.

It's not for lack of want. I want to maintain this record of my life, of my experiences and those had by Isaac and my family.

I'm not always funny or profound. I have said that many times. I'm not a fancy or gifted photographer or cook. I'm really just me. I can be honest.

So that is what I am going to try to do. Not just here, but everywhere in my life. I want to get over myself and my hangups and stop trying to be something that I am just not. I'm me.

That's what I am going to do.

Last Friday...I have no words. I cried. I held my baby and cried. I didn't tell him "no" once that weekend. I cried so may times this past weekend. My heart broke for so many families who had something so precious taken from them.

My husband turned my alarm off on Saturday morning, and I woke up late...very late for what I had planned. But I woke up to my beautiful little boy's face, and I was so grateful that I, unlike 20 other sets of parents, saw my baby's face on a new morning.

I'm heartbroken for those families.

This morning, something happened to me that hasn't happened before. Like many other mothers that I know, I hesitated when I dropped my son off at preschool. I hugged him extra tight and gave him more kisses than he wanted causing him to say "Mommy...I want to go play!" I let him go and sat in my car and cried.

I cried because now I had an irrational fear that my baby was in danger.

I cried because that monster took something from every single mother and father in this country. He took  the feeling of safety that I had knowing that my son was safe at his school. I have never been afraid to drop my son off anywhere, fearing that he wasn't safe.

I know that he is safe. I believe he is at safe at his school. But I am sure those parents also believed that  very same thing.

I cried because last night, my husband and I had to talk to my not even 4 year old about what he should do in an emergency.

"If someone is trying to hurt you, you run and hide. You hide and don't come out until someone you know comes to get you. If you get scared, you hide. Promise me you will hide"

As mothers, parents...we have enough to worry about in regards to our children's safety. Sending them to school shouldn't be one of them. Ever.

Yesterday, on the way back into the lab after crayfishing, we saw a police car in front of one of the dorms. Naturally, we assume it is a pot smoker or something small.

A student had killed himself in his dorm. This weekend. They had just found him.

We received an email from the president of the University with the vague details that were just enough to piece it together. Your heart breaks for the family, the friends.

All of a sudden, I was taken back to 2001. When it was me. It was me who had to deal with the aftermath of suicide.

All you ever want is answers, answers that you will never get. I remember being the one that people looked to for those answers. I was the one who was closest to him. I should know the answers.

That made me angry. And that made me feel guilty. Here were all these people, hurting, grieving, grasping for peace and solace. I had nothing to give them.

Now, there is a fresh wave of people who have to get through the same thing.

I wish I had answers for them, but I don't.

The hurt, the guilt, the anger....it never goes away. Somewhere along the line, you stop looking for answers, you stop trying to fix what is broken, and you just learn to live in it. You learn to cope and this horrible terrible time becomes a part of who you are. You walk with it every day, carrying it. Sometimes it's heavy. Sometimes it's not. There are good days. The good days start to outweigh the bad, and it just becomes....there. It's just there.

And then there are those days, when you hear about it happening to someone else and your heart breaks all over again. You know. You know that there are people out there that are thrown into this private hell that has no map to get out. You just have to start walking and grasping.

You get no answers. You get no absolution. Suicide is different than other deaths. It's different in that you know that person was obviously hurting and unhappy. No one should die like that. It's different than losing someone to disease or to an accident. Those situations are demons of their own, but those people, you can see the happiness. For suicides, your last impression of this person is that pain. That anger. That hurt.

You get nothing to erase it. Everything becomes tainted.

Right after suicide wrecked my life for the second time, I became paranoid. I didn't want to make new friends. I didn't want the old ones, but I needed them. All I saw was this darkness and everyone had the potential to hurt me.

Now, as a mother, I am terrified. What if it becomes my son that is unhappy? It's extremely paranoid, I know. It's insane. It's something to be dealt with. But how can I be sure I raise a son that won't do that? That won't put that kind of pain on someone else? On me? On his loved ones?

You can't. You can't ever know. You never get answers.

Labels: I write it because it's true, irrational fears

Recently on Facebook, I saw a post about Amanda Todd, the teenage girl who committed suicide, provoked by bullying. Most of the comments were sympathetic and supportive. However, there were a few that lashed out, not at the bullies, but at the teen's parents, asking where they were through all this, while their daughter was hurting The story in itself is heartbreaking. But to attack parents in their time of grief and heartache, in my opinion makes them a monster of a special kind. MONSTERS.

I remember being a teenager. It was hard. And let's be honest, it sucked. You are going through a major growing phase of your life, physically, emotionally, and mentally. If that's not hard enough, you are crammed into a school with others going through the same changes. Throw in a small town and it's worse. I remember that everyone knew everything about everyone in my school. Rumors flew left and right. Throw social media into the mix, and there goes your escape at home.

You know what else I remember being about a teenager? Your parents are the enemy. You think they don't understand. I was a happy teenager, and I still holed myself up in my room to avoid parental contact. My parents probably still don't know half the stuff I did.

I'm teaching this upcoming generation, what is it now, Z? This generation relies too heavily on this sense of entitlement and lack of accountability. "You didn't email me to remind me that the paper was due". No, but it was on the printed syllabus you took in your hand.

They hide behind this shield of false anonymity that comes with email, facebook, and twitter. They are growing up in a world that basically discourages face to face communication and makes them think they are invincible. If I spoke to teachers or other adults the way some of these kids do, my mom would have smacked me silly. And if Isaac spoke that way, I would do the same. You know who else hides behind that anonymity? Trolls on the internet who say parents should know when their children are hurting. What do you think the parents of those trolls would think of that? Would they be proud? Doubtful.

I don't condone suicide. I don't ever believe it is the answer. Ultimately, it is the decision of one person only and that person is the responsible one. No one else is to blame for that. Do I believe that other people can influence that decision? Yes, because I have been that person. I have been the person that hurts someone. Did I know that I was hurting them? Yes Did I know that they were suicidal? No. No I didn't. And to this day, I still don't see the signs that everyone says you should see.

Suicide has hit my life too hard, twice. I don't wish it upon anyone to deal with it. Death, especially of a child, is hard enough to deal with. Death of your child knowing that they were in such unimaginable pain that they saw no other escape...I can't even fathom. I love my son so much it literally hurts sometimes. I hate it when he falls down and hurts himself. I hate it when he cries. How could I deal with knowing he was in that kind of pain? I couldn't. When suicide hit my life, all I needed was compassion. If anyone thought that the person killed themself because of me, they kept it to themselves. You're looking for a reason, but you don't want it to be you. You want answers, but ultimately you don't get one better than the person was unhappy and in pain.

They probably also want to smash things. I suggest the fingers of those saying they should have known what was happening.

Labels: I write it because it's true

Last week flew by, and before I knew it, I owed D two new recipes. So here they are.

Put chicken breast into crock pot. Add cream soup, and season to taste with garlic and onion powders and pepper. Cook on high for 2 hours, until chicken is cooked through. Shred chicken using two forks or whatever method works best for you. Add bread crumbs to thicken mixture, usually about 1/2 to 1 cup depending on preference. Then all you do is build the sandwich!

The next recipe I made for lab meeting this week. It's super easy and versatile.

Combine flour, baking soda, and butter in a large bowl until coarse crumbs form. Mix in oats. Grease an 8x8 pan (I've also used a round cake pan). Press mixture onto bottom of pan, reserving about 1 1/ cups. Spread jelly over oat mixture. Top with remaining oat mixture, pressing down slightly. Bake at 350 degrees for about 25 minutes until top is golden brown.

I have combined the jelly with melted chocolate chips. Someone in my lab is trying it with white chocolate chips and strawberry jelly. Another labmate is using nutella (SWOON) and raspberry jam. You can create your own flavors. :) 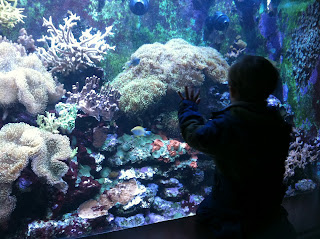